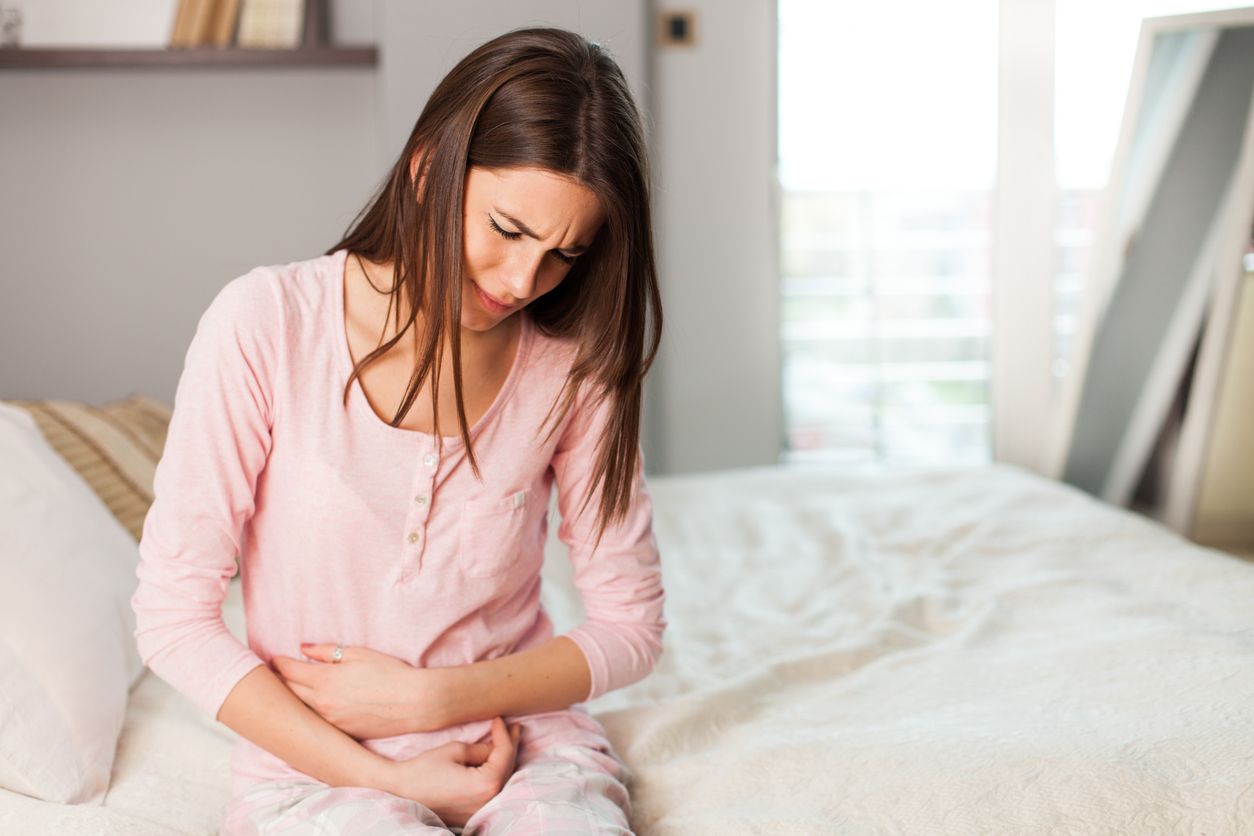 Poly-cystic Ovarian Syndrome or PCOS as it is commonly known, is a hormonal disorder that affects one among every ten women. It is generally caused when the woman’s body produces and excess of androgen, the hormone responsible for developing masculine features.

Here are some facts on PCOS:

Women with PCOS do get their periods. In fact, for some of them their cycles are even regular.

While it is commonly believed that PCOS can not be alleviated, it is far from the struth. Studies have shown a relationship between cholesterol levels and PCOS. By having a balanced diet and partaking in exercise, one can definitely improve PCOS.

Women with PCOS build muscle faster than those without PCOS

As mentioned previously, the concentration of androgens is higher in women with PCOS. This makes muscle building much easier.

If you have PCOS, ensure that you sleep for at

least 6 hours every night. This can help alleviate the symptoms to some extent.

Remember that you aren’t alone. Several women battle PCOS successfully. If you suspect that you have PCOS, consult a gynaecologist and seek treatment at the earliest possible instance. 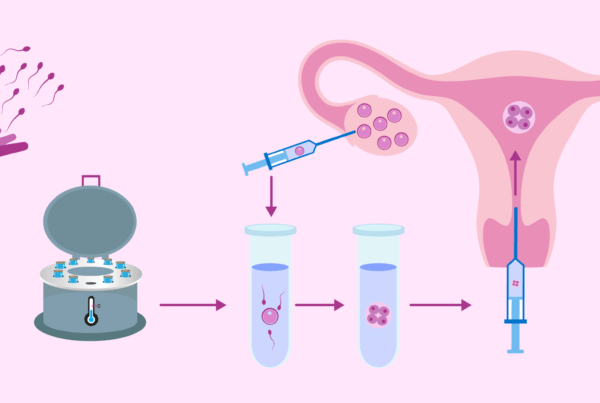 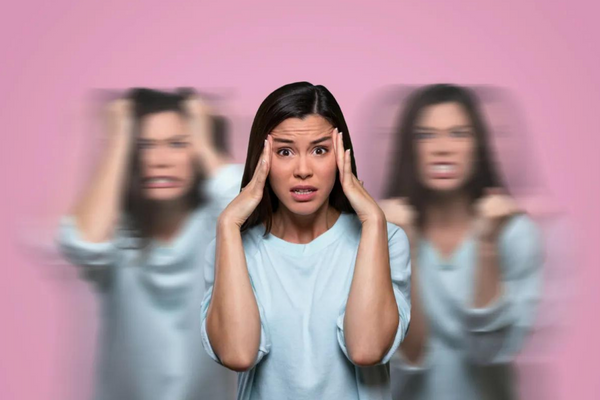 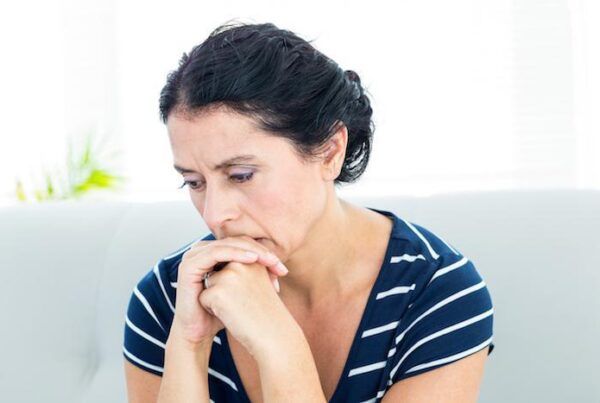 Know about Menopause and Common Signs of Menopause

Web Design by Be Open

Failed or abnormal ovarian activity can be attributed to a number of reasons, such as hormonal fluctuations, environmental influences, disorders such as PCOS and hyperprolactinemia and anxiety. Some therapies such as chemotherapy and radiotherapy, can often kill ovarian tissue, so it’s important to diagnose the exact cause and nature of the condition.

Our specialised equipment and panel of doctors are adept at employing a range of testing procedures to assess the specific cause.

Failed or abnormal ovarian activity can be attributed by a number of reasons, such as hormonal fluctuations,thyroid issues such as hypothyroidism or hyperthyroidism, environmental influences, disorders such as PCOS and hyperprolactinemia and anxiety. Some therapies such as chemotherapy and radiotherapy, can often kill ovarian tissue, so it’s important to diagnose the exact cause and nature of the condition.

Our specialised equipment and panel of doctors are adept at employing a range of testing procedures to assess the specific cause.

Tubal Factor Infertility (TFI) is a female infertility condition that is induced by infections, blockages, injury, bruising, or other triggers that inhibit the development of an embryo or unfertilized ovum into the womb through the fallopian tubes, preventing natural conception and full-term delivery.

While it is important to note that tubal disease contributes to 25-35% of female factor infertility and 11-30% of infertility in general, depending on the population characteristics, the main cause of tubal infertility is salpingitis. Salpingitis accounts for more than 50% of the cases as well as tubal surgery.

The causes for tubal diseases can be proximal causes such as Mucus plug, Cornual spasm, Salpingitis, PID, Endometriosis, Cornual Polyp and Intrauterine Synechiae. The distal causes can be caused due to issues such as PID, Tuberculosis, Tubal damage from previous surgery, and Endometriosis.

However, Tubal Factor Infertility problems can be treated medically or surgically via reconstructive surgery, micro surgical techniques and sterilization-reversal, in case the patient has a history of sterilization.

Dr. M. Arjun Raj is an attending consulting Radiologist at Sree Saran medical centre for the past five years. He graduated from the Tirunelveli Medical College, Tirunelveli and received his DMRD from Aligarh Muslim University, Aligarh, Uttar Pradesh. In his past experience, he has served as a consultant in Radiology in Sun Diagnostic centre, Aligarh, UP.

Dr.Rajaveni is an undergraduate M.B.B.S. at the Tirunelveli Medical College, Tirunelveli.

She has trained extensively in Comprehensive Emergency Obstetric Care at the Kasturba Gandhi Hospital for Women and Children, Chennai. With hands-on training in various ICU emergency procedures at Velemmal Speciality Hospital, Madurai, she has assisted and gained valuable experience in the IVF & ICSI procedures at the Reproductive Medicine Department at Meenakshi Mission Hospital, Madurai.
Caring and skilled in equal measure, Dr.Rajaveni counsels patients and their family members with patience and expertise. She considers women's health and reproductive treatments to be a medical boon and a remarkable specialty as they enable hopeful couples and families to realize their desire of having a child.

A qualified board-certified Obstetrician/Gynecologist and a reproductive medicine specialist who is deeply committed to providing the highest level of care to patients through education and empowerment, Dr.N.Sangeetha takes a special interest in women's health and well-being.

In her capacity as an experienced medical professional, she enjoys the scope of diversity and innovation in the field of obstetrics and gynecology. She believes in hands-on participation in holistic health management for women and actively engages in shared decision-making with patients and their loved ones at each step of the fertility treatment.

Memberships
An active member of various professional bodies and associations, she has work experience of over a decade in the field of OBGyn.

He has completed his MBBS from the Madurai Medical College and acquired his MD (OBG) from the Jawaharlal Institute of Postgraduate Medical Education and Research. Dr. R. Anandraj has received his FRM from CIMAR Kochi and has worked formerly as an associate professor at the Mahatma Gandhi Medical college, Pondicherry.

He comes with over nine years of teaching experience and has to his credit over seven published articles to his credit. Having worked formerly as a Chief Consultant in Reproductive Medicine at the ARC Madurai, Dr. R. Anandraj has also served as a Medical Director at the Magil IVF Centre, Madurai and ACE Fertility Solutions, Madurai.

In his past experience as an IVF Coordinator, he has worked at over 15+ IVF Labs in and around Madurai and offers expertise par excellence in IVF therapies.

Dr.J. Amjath Khan is a senior embryologist at the Sree Saran Fertility Centre and has past experience as a medical laboratory technologist and andrologist spanning over twelve years.

He has completed his M.Sc., Biochemistry from the Vinayaka Mission University and B.Sc., Microbiology from The New College, University of Madras. He has received a Diploma in Clinical Embryology (2011) from Downs Fertility, Australia and is at present pursuing his PhD in Biochem from the Prist University, Thanjavur.

In his past experience, he has worked as a medical laboratory technologist & andrologist at the ANN Hospital and as a senior embryologist at the Prashanth Fertility Research Centre.

Dr. Amjath is known for his results-based approach in the scope of embryology & infertility and irrespective of the challenges, centers on helping couples experience the happiness of family life.

He graduated from the Chengalpattu Medical College and has completed his PG from the KG Hospital, Coimbatore. Dr.S.P Balaji Venkatesh has been making a mark of excellence in his chosen field of specialisation since the year 2003.

He is especially renowned for his astuteness in the handling of complicated, high risk cases and is recognised for his commitment, precision, and comforting attitude. Dr.S.P Balaji Venkatesh commands a special respect from his patients and is a much sought after surgeon for these reasons.

Dr.L.Balaji Padmanaban is a practising consultant in paediatrics and neonatology at Sree Saran medical centre for over a decade. He received his medical degree from PSG Medical College & Research Institute in the year 1995 batch of MGR university.

To further enhance his acumen in the field of neonatology, Dr.L.Balaji Padmanaban attended the Kamineni Medical College & Research Institute and completed his DCH. He has served as assistant casualty and medical officer in Tirupur, Pondicherry for a year. He also served as a consultant in paediatrics and neonatology at Masanic Health Centre. He has been widely acknowledged for his patient-centric and versatile approach.

She upholds, more than anything else, the values of being humane and compassionate.
Dr. Manimehalai Palanisamy is highly regarded in molding a new attitude towards expertise in fertility & OBGyn and holds to her credit many positions of high repute.

Renowned for her extensive skills in the field of Obstetrics and Gynecology, she has strengthened her expertise by holistically focusing on patients' emotional and physical wellbeing.

Dr. Manimehalai Palanisamy’s education, graduated in:
PSG Medical College, Post graduation in Tanjore Medical College.
FCGP in the year of 1998.
Renowned for her expertise in the field of Obstetrics and Gynecology.
At the forefront of providing comprehensive women’s health care and Infertility management for the past 15 years in Tirupur, Tamil Nadu, India.
Additional expertise in Endo Gynaecological training under Dr.Janesh Gupta, UK.
ARM from Germany.